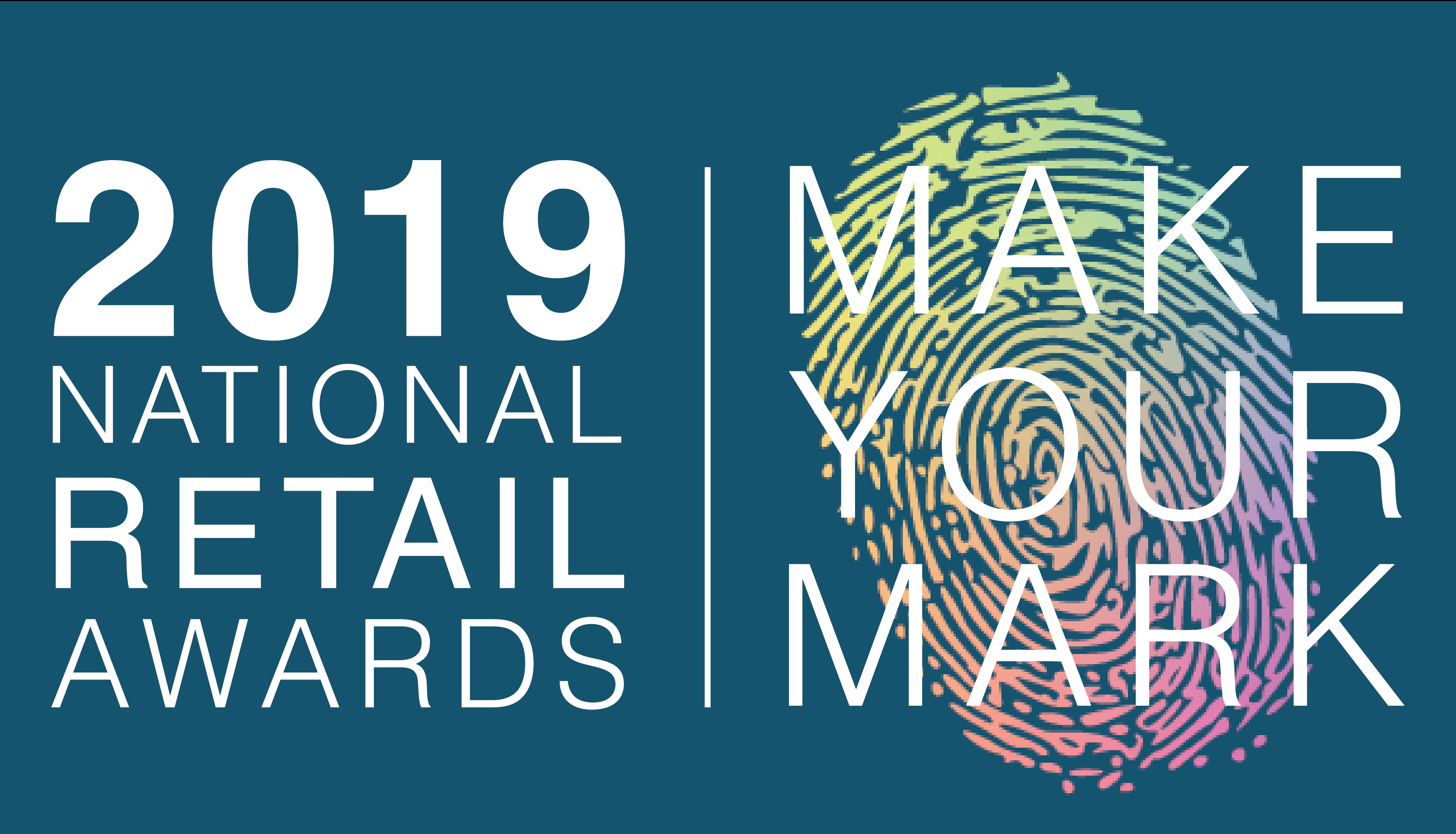 NRA CEO Dominique Lamb said the array of finalists in tonight’s 2019 National Retail Awards at The Star in Sydney also demonstrated that, regardless of size, retailers were fighting back against the prevailing economic headwinds to not only survive but thrive.

“The fact that nominations for our 2019 Retail Awards come from global retailers, Australia’s major retailers and some incredibly successful small retailers shows the incredible diversity of Australian retail and the NRA as their representative organisation,’’ Ms Lamb said.

“We are incredibly proud of being able to represent retailers who are constantly seeking to evolve and improve. These are the retailers who are the face of modern Australian retail.’’
Ms Lamb said retailers such as Citizen Wolf, WH Smith, Appliances Online, and Sportspower Super Warehouse had demonstrated enormous creativity in applying technology to accelerate every part of their business.

Organisations such as Hanes Australia and its brands such as Bonds and Supercheap Auto were also demonstrating the kind of leadership that encourages excellence throughout the ranks while building a generation of future retail leaders.

Online Retailer of the Year went to Appliances Online, following year-on-year sales growth of 23 per cent for May at the time of their nomination. Appliances Online are the only Australian online retailer providing free next day delivery for 98 per cent of the country.

The National Retail Association is the voice of modern Australian retail. It represents the interests of 28,000 retailers from every state and territory in Australia. It has been serving businesses in the retail and fast food sectors for close to 100 years.

Social Responsibility Champion – Dymocks
Australia’s leading bookseller with 60 stores and 7 million books sold in 2018, Dymocks’ purpose is to inspire a love of reading and ensure all Australian children have the tools and opportunities to do so. Dymocks Children’s Charities aims to change kids’ lives. The charity raised $164,000 over the past 12 months and launched the “Books for Kids” initiative to improve literacy in local communities.
Customer Experience Champion – LUSH
LUSH employs 15,000 people with 950 stores worldwide, and 35 stores in Australia. LUSH’s core values are to be inclusive and diverse in all areas and train their staff to be customer-centric and values-led. In 2018, LUSH Labs was launched as a digital product release platform where LUSH inventors pushed the limits of what is possible. A total of 65% of LUSH’s year-round products are unpackaged.
StraightArrow Innovation Champion – Citizen Wolf
Citizen Wolf combines algorithms and on-demand manufacturing to create the future of fashion. Their proprietary Magic Fit® automates tailoring and provides made-to-measure clothing 10 times faster than traditional tailoring. All garments made ethically and sustainably in Sydney, Australia.
Retail Executive Training Champion – WH Smith Australia
WHSmith Australia operates more than 50 stores in six states and territories, across eight brands. In the past 12 months WHSmith have launched GO1, an online self-driven learning platform that takes a tailored approach. WHSmith also carries out an emerging leaders program, mental health training and awareness, and other initiatives to improve employee involvement and satisfaction.

Retail Awards Categories:
Celebrating the success and contributions of small, medium and larger retailers across the nation

Eftpos Online Retailer of the Year – Appliances Online
Appliances Online (AOL) currently has a Net Promoter Score (NPS) of 80.1 for the month of May, which is well above the US online shopping NPS score of 39. The ranking recognises how much customers are likely to recommend the retailer to others. AOL achieved sales growth of 23% for May (year on year) and are on track to have the strongest ever end of year to date at the time of their nominatoin. AOL is the only retailer in the nation that can offer free next day delivery to 98% of the population and free removal and recycling of old products.
Small Retailer of the Year – The Party People Megastore
The Party People Megastore, located at Drummoyne, in Victoria, is Australia’s largest physical party store. It achieved sales of $1 million in its first year and has continued to grow between 10-20% annually since. The Party People have launched a free party coordination and stylist service in store, with plans to launch this service online. They were early adopters of “click and collect” and work hard to ensure a seamless transition between physical and online shopping at their store.
Zip Pay Medium Retailer of the Year – Sportspower Super Warehouse
Sportspower Super Warehouse is a dynamic, omnichannel sporting-goods retailer. Owners James and Nicole Reeve have implemented a suite of initiatives in the past 18 months, such as experiential retail elements and the latest retail technologies and practices. The Reeves have implemented an enhanced “Super Warehouse” formula featuring larger footprints, wider ranges, bulk-buy prices, and “always on” marketing. Reeve Management has also implemented a successful loyalty program, digital marketing schedule, click-and-collect offering, eCommerce website, and staff induction and training framework.
Large Retailer of the Year – Bonds
Bonds operates more than 130 stores across Australia and New Zealand since opening retail stores in 2012. With an updated mission of “every single body deserves to be comfortable’’, 24 new stores have been opened in the past 12 months. Omniservices, store to door, click and collect, and online live chat support provide a number of ways for customers to access a Bonds retail experience. A Net Promoter Score of 80 indicates they are building trust with their customers and achieving loyalty for the brand.

Franchisee of the Year – Michel’s Patisserie, Toronto, New South Wales
Renowned for going above and beyond for customer expectations, the local success of Michel’s in Toronto’s has now been recognised nationally with the NRA Award. Renowned for outstanding business practices and customer service, Michel’s Patisserie in Toronto partnered with Anytime Fitness, Toronto, to encourage customers to stay healthy and get a discounted coffee. Promotion of their Michel’s Patisserie Loyalty Card system has helped them build relationships and improve retention rates.
Rest HR Professional of the Year – Nick Shelton, Amart Furniture
Nick Shelton has provided direction to the team at Amart Furniture on how to progress in their career and champions the Amart Leadership Development Program for Women. Amart Furniture started as a single shop in Brisbane in 1970 and now operates 67 stores Australia-wide. Today, with close to 2,000 team members, Amart has a rich family culture.
Lifetime Achievement – Maree Cavaliere, NIB Charlestown
Maree Cavaliere first began her employment at NIB in 1975, when she joined the Store Medical Fund in Newcastle before NIB acquired the Fund in 1981. Maree’s knowledge and dedication to the industry and customers has been outstanding throughout her career. She has received numerous awards over her career for customer service and other categories.
Store Manager of the Year – Jason Volp, Rebel, Toowoomba
Jason Volp has created a “customer-centric” culture with his team. The Rebel Toowoomba team enjoys working relationships within a store culture that helps them achieve their professional and personal goals. Over the past 12 months, the team has achieved $1 million growth in sales from FY18-19; highest sales ever achieved in this financial year for their store; 70 per cent customer service satisfaction rate; and three internal awards for exceptional store management.
Young Retailer –Stephen Mangion, Bonds Australia.
Stephen Mangion, an assistant buyer in children’s apparel for Hanes Brands Australasia, was awarded the NRA’s Young Retailer of the Year following his business plan to build on Bonds’ success in the “tweens’’ children’s apparel market. He has worked for the organisation for six years and has enjoyed particular success with the organisation over the past 12 months. His prize includes a trip to New York, where he wants to further his career.
Young Retailer of the Year (Runner Up) – Mallory Eeles, Supercheap Auto
Mallory Eeles wins a Retail Doctor Group mentor scholarship valued at $20,000 after rising through the ranks of Supercheap Autos over the past six years. Currently holding the position of Assistant Project Manager for Services within Supercheap Autos, Mallory has consistently been ranked amongst the organisation’s top young achievers, including winning Supercheap Auto’s assistant manager of the Year award following testimonials from customers, team members, peers and managers.

5 reasons why you should enter the National Retail Awards